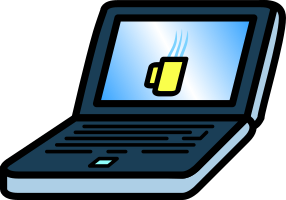 Have you noticed your computer slowing down at certain times of the day? It might be to do with how the computer is handling updates.

Windows can download and install patches in the background during the day while you’re using the computer. The primary benefit of this is that it lets the computer keep itself patched regardless of how often it’s kept on and the user can keep on working. The downside is that it can cause noticeable slowdown and a lack of responsiveness, and as updates stack up, it can get to the point where Windows will schedule an automatic reboot to get the updates completed. This can be a serious problem if it interrupts critical work or a meeting.

It can be tempting to just not bother with these update patches, as on the surface, most of them don’t seem to actually do anything. Updates that give new features are rare and the new features tend to be minor and easily overlooked. Changes to the interface of software often come with additional frustration due to having to relearn existing skills. So, why are patches constantly released anyway? If you just disabled all updates, what’s the worst that could happen?

Well, incidents like the Wannacry attack on the NHS can happen. The perpetrators of the Wannacry ransomware attack exploited vulnerabilities in old software. It was possible because Windows XP was still being used long after patches stopped being made. A major function of updates is to fix these vulnerabilities, so it’s recommended to update regularly.

The Wannacry attack made the news because it hit the NHS, but attacks like this can happen to any business. Automation in computers has brought a lot of convenience, but it also means that it is easy for malicious users to throw out so many attacks that they only need a few to succeed for it to be worth their while.

So, what you want is a reliable schedule of patching so that your computer has time to install updates when you aren’t using the computer for anything else.

One advantage of our Protect-IT package is that it includes patch management to ensure that your computer is properly patched at times that are convenient for you. The ideal time is on Tuesday evenings, as this syncs with the patch release schedule for Windows; it’s often known as Patch Tuesday. Should this not be a good day for you, we can schedule any day or time to suit you and avoid having the computer try to update when you’re busy or building up so many patches to be done that the slowdown gets annoying.

If you have any further queries or concerns about updates or need assistance in making sure your computer updates at the right time, just get in touch and we’ll be there to help.