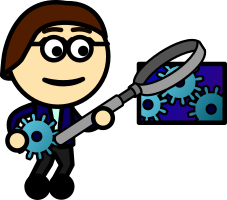 Microsoft have recently released the 22H2 Update for Windows 11. It brings a significant number of improvements and features but has been causing problems with some computers, so we currently recommend that you postpone updating to the latest version of Windows 11 until the issue is resolved.

The update adds new features that include layout changes, making it faster and easier to organise your screen. There’s also built-in video editing software, along with the standard security fixes in the background that keep your computer safer.

Some computers have, when updated to this latest version, had the infamous ‘Blue Screen of Death,’ occur. This is annoying at best and can result in the loss of data or even damage to hardware. To minimise disruption to your business, we are currently recommending that Windows 11 users do not install the 22H2 patch yet, instead waiting for a further update that will sort these problems. Microsoft have started blocking the update for computers that are especially likely to have issues.

It’s generally recommended that people get new updates as soon as they’re known to be safe, so we’ll keep on investigating the situation, and let you know when we’re confident that all Windows 11 users can safely get the update to 22H2.

If you have any concerns about your computer and Windows 11, just get in touch.