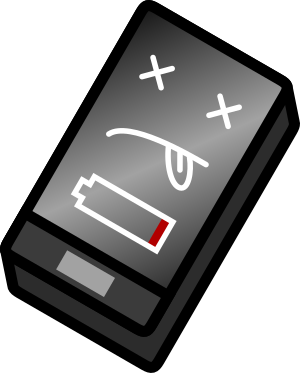 How often do you feel the frustration of desperately searching for a charger and a free socket for your phone when it’s hovering threateningly at 5% battery?

In a home office especially, it’s likely that the sockets and wiring were put in place before computer use became widespread. Have you considered updating your sockets?

Did you know that you can get plug sockets with in-built USB charging capability? We recently upgraded several of our sockets and it has vastly improved the efficiency of our desk areas. We were also pleasantly surprised by how inexpensive it was. 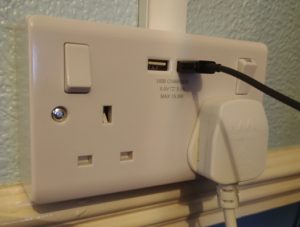 Have you felt the time pressure of having to leave for an impending meeting or event but realising your phone isn’t charged enough to unplug? USB wall sockets are higher ampage than the standard chargers that come with most phones and therefore charge faster.

Of course, it’s not only phones that use USB charging now. Wireless peripherals like headphones and mice and small computers like the Raspberry Pi can all be powered via USB because of its simplicity and ubiquity. All of these become a lot more convenient to use if you aren’t juggling spare USB ports. 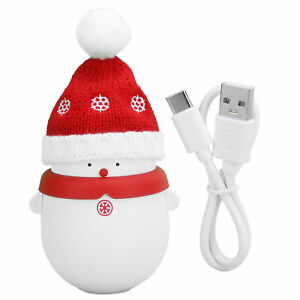 It’s such a commonly used means of power now that you can get a USB-powered version of almost anything, even if it never actually talks to a computer. Yes, that includes things like electric toothbrushes, or even pocket snowman hand-warmers…

On a more serious note, any new or replacement sockets will need to be installed or at least inspected after installation by a qualified electrician, as an improperly installed socket could be hazardous.

Hope the rest of your day goes well!